Uniform paperback editions and ebook editions of Diana Souhami’s backlist, with revised intro­­ductions by the author, have been published by Quercus and are available from good book­sellers and in print and digital editions to buy online. Open Road have published ebooks editions of The Trials of Radclyffe Hall, Gluck, Coconut Chaos and Selkirk’s Island.

No Modernism Without Lesbians

This is the extraordinary story of how a singular group of women in a pivotal time and place – Paris, between the wars – fostered the birth of the Modernist movement. They all lived as they chose, wrote what they wanted, were open about desire and true to themselves. Their contribution shines like a beacon for today’s women of courage to seize the agenda and escape the rules of patriarchy.    [ read more ] 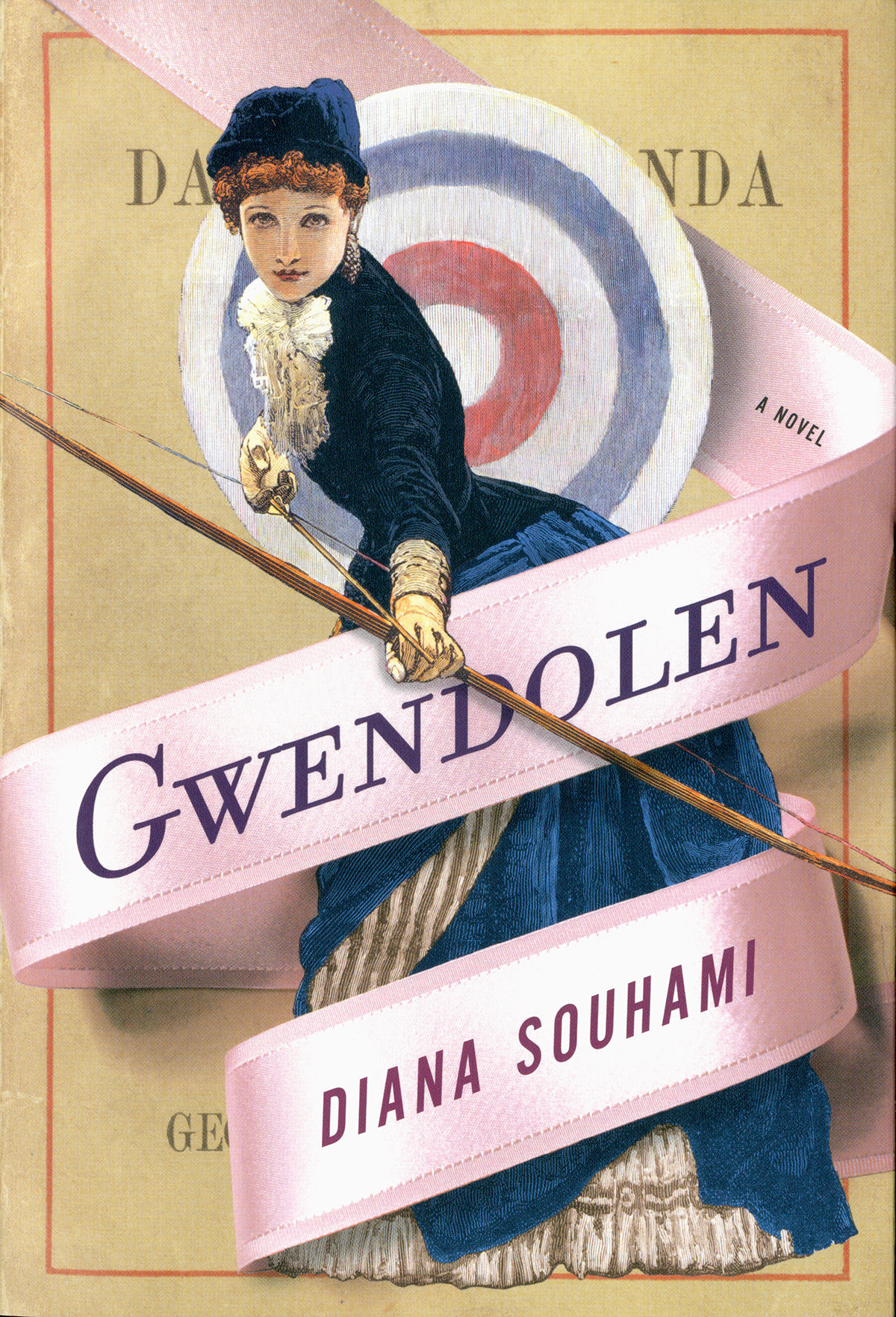 Years after she was caught in Daniel Deronda’s eyes at the roulette tables of the Kursaal in Homburg, Gwendolen Harleth writes her confessional to the man whose gaze stays with her. The egotism, naiveté and sensitivity of her youth is evoked with bittersweet wisdom; a passionate remembrance of the events leading up to the marriage she made that broke her spirit, the loss of the man who broke her heart, and her courage to rebuild her shattered life. Moving, original and elegant, this is a bravura re-imagining of the life of one of English literature’s most compelling and contradictory heroines.    [ read more ] 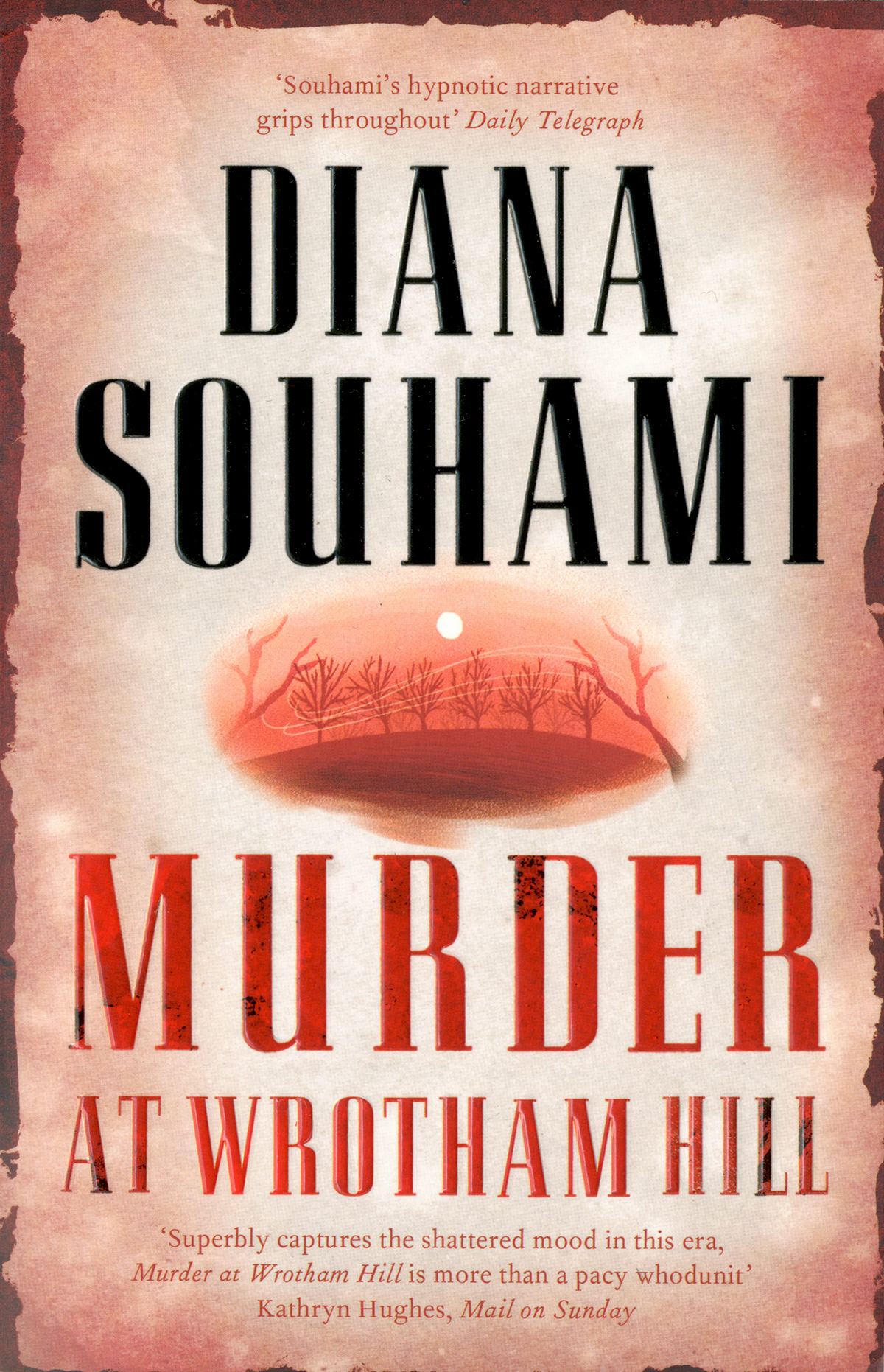 Before dawn on 31 October 1946, less than a year after the slaughter of World War Two, on a bleak roadside in Kent, a lone woman looks to hitch a lift to London. A lorry driver stops. The encounter ends in murder.

The victim, Dagmar Petrzywalski, is a gentle eccentric spinster. She had sought the peace of the countryside after her London home was bombed. She is the embodiment of Austerity Britain’s self-sacrifice and thrift. Her murderer, Harold Hagger is its opposite.    [ read more ]

Edith Cavell was shot at dawn by the German occupying army in Brussels on 12 October 1915. Her crime had been to smuggle allied soldiers, separated from their regiments, out of war-torn Belgium. In her fifty years of life she moved from the tranquillity of her childhood as a vicar’s daughter in rural Norfolk, to the constraints of being a governess to other women’s children, to fulfillment as a reforming hospital matron.    [ read more ]

On 27 April 1789 Fletcher Christian, master’s mate on HMS Bounty, took a coconut to quench his thirst from the supply on the quarterdeck… He thought this an ‘act of no consequence’, as insignificant as the flutter of a butterfly’s wings. But consequences followed: mutiny; Captain Bligh’s navigation 3000 miles across the Pacific in an open boat in violent weather without maps or supplies; the colonising of Pitcairn Island; the shipwreck of HMS Pandora sent to capture the mutineers; the seduction of the narrator in a storm at sea in a rudderless yacht…    [ read more ] 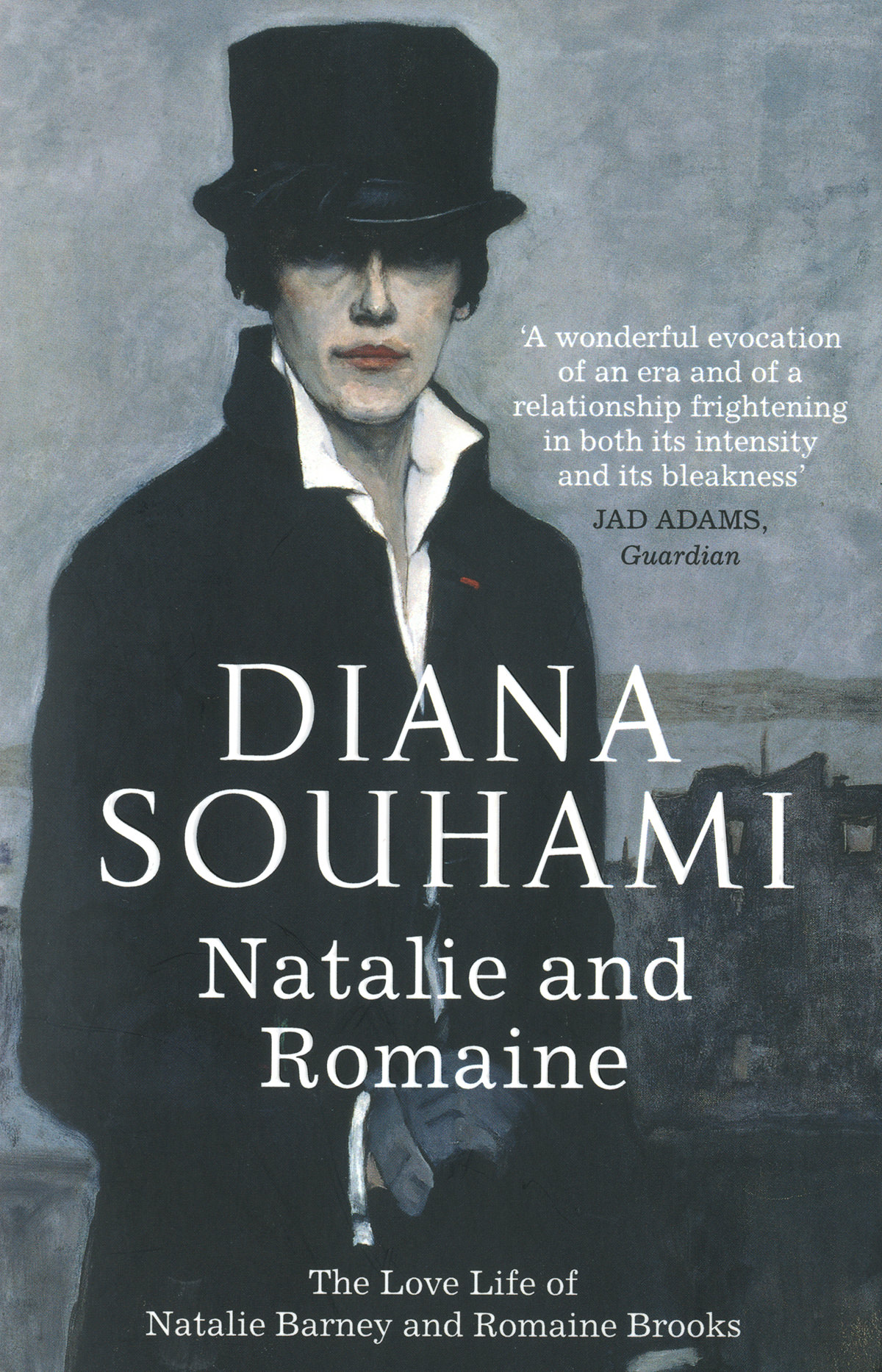 Natalie had numerous affairs with other women: Renée Vivien who nailed shut the windows of her apartment, wrote about the loveliness of death, drank eau de cologne and died of anorexia aged 30; and Dolly Wilde who ran up terrible phone bills and died of a drugs overdose. Romaine achieved fame as an artist. She painted her lovers including Gabriele d’Annunzio and the ballerina Ida Rubinstein. However her relationship with Natalie was constant and in their eventful years together they threw up a liberating spirit of culture, style and candour.    [ read more ]

Alexander Selkirk was a buccaneer who sailed the South Seas on looting expeditions for gold and treasure. In 1703 he joined an expedition whose object was to plunder French and Spanish ships. Eventually they reached the island of Juan Fernandez, off the coast of Chile, where Selkirk opted to maroon himself. Suddenly solitude and silence were imposed, and his only relationship was with the island and with himself. But once he was rescued four years later and restored to civilisation he ‘bewailed his return to the world’.    [ read more ]

The Trials of Radclyffe Hall

Radclyffe Hall is most famous for The Well of Loneliness, her landmark novel about lesbian love. It became a cause célèbre in 1928 when the British establishment put her publishers on trial under the Obscene Publications Act and her book was ‘burned in the King’s furnace’. But Radclyffe Hall’s trials were congenital, familial and romantic as well as legal. Life changed for Radclyffe Hall aged eighteen when she inherited her father’s estate. She was free to travel, employ servants, call herself John, write novels and pursue women.    [ read more ] 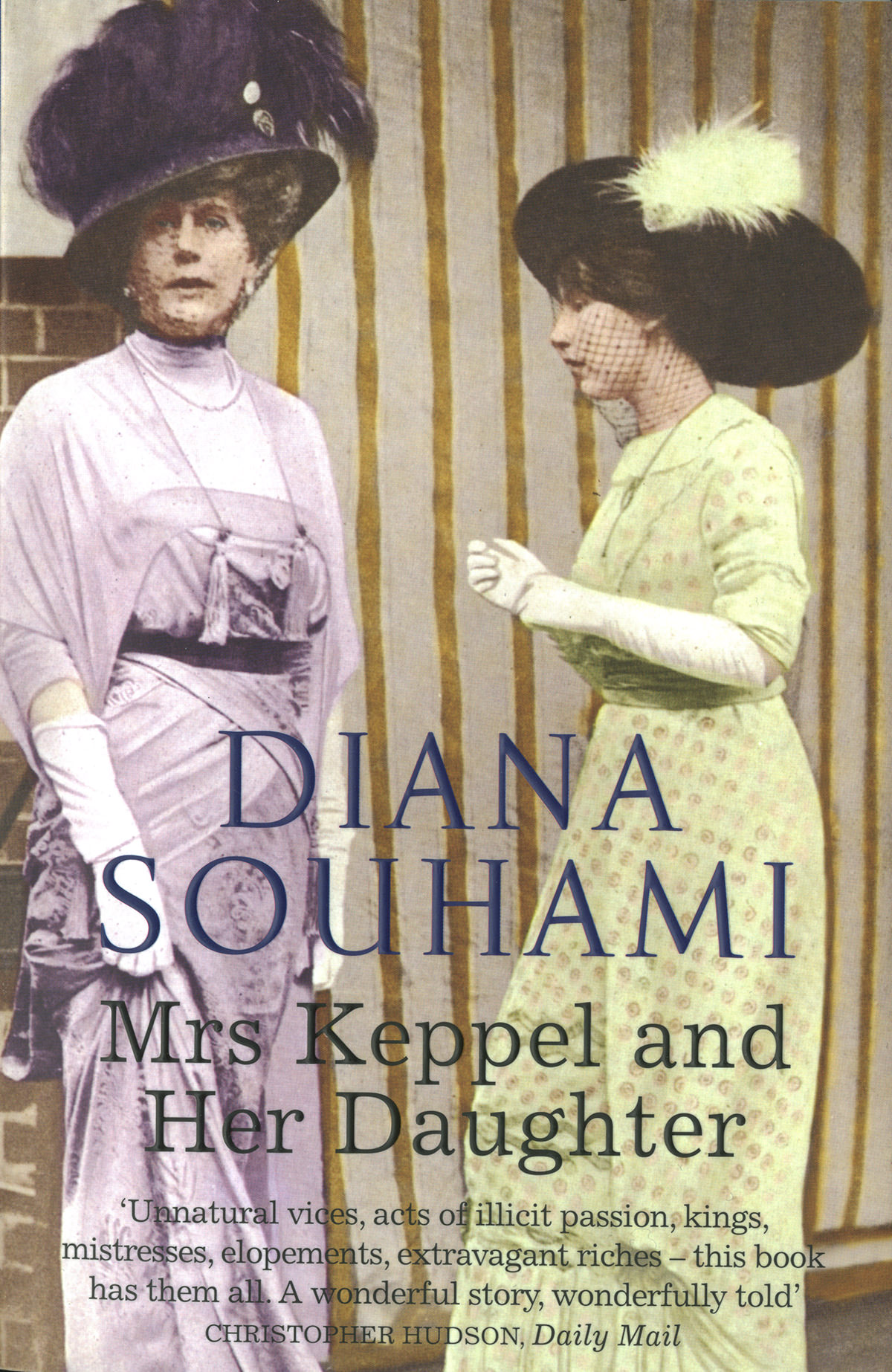 Mrs Keppel and Her Daughter

Alice Keppel, lover of Queen Victoria’s son Edward VII and great-grandmother of Camilla, Duchess of Cornwall, was the acceptable face of Edwardian adultery. It was her art to be the king’s mistress yet to laud the Royal Family and the institution of marriage. But for her daughter Violet, passionately in love with Vita Sackville-West, romance proved tragic and destructive. Mrs Keppel used all the force at her command to suppress their affair.    [ read more ]

Greta Garbo first met Cecil Beaton in Hollywood in 1932. Both were involved in turbulent same-sex affairs. Garbo flirted and danced with Beaton, told him he was pretty, gave him ‘a rose that lives and dies and never again returns’, then, at dawn drove away in her black Packard. Cecil took the rose home to England, framed it in silver and hung it above his bed. Fifteen years later they met again. For Greta it was an idle flirtation. For Cecil it fuelled his obsession to photograph her, be like her and marry her – an obsession that turned to betrayal.    [ read more ] 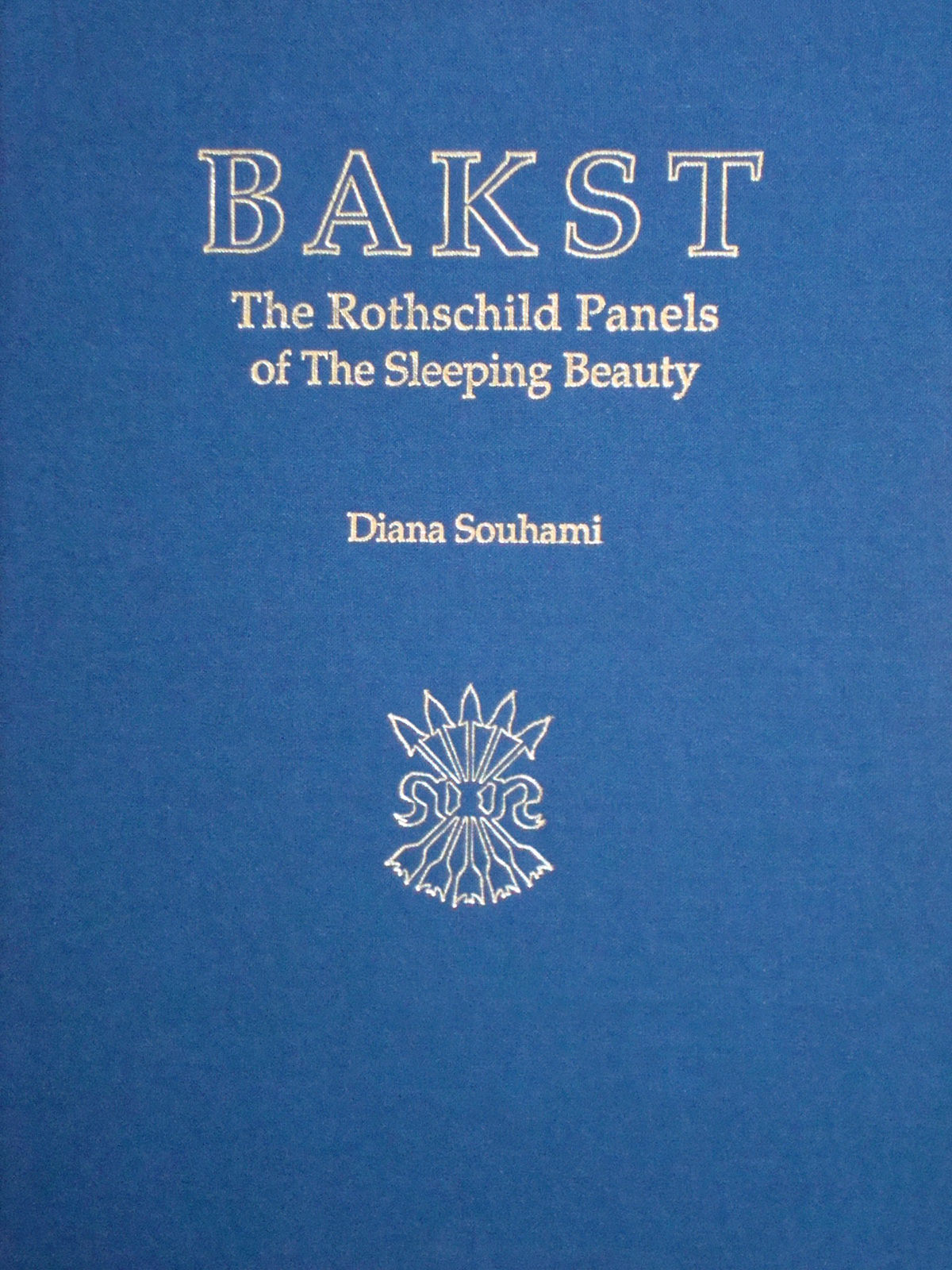 The panel paintings of The Sleeping Beauty, by Léon Bakst, were commissioned by James de Rothschild in 1913. The work was completed in 1923 and adorned the walls of 34 Park Street in London and subsequently, in 1930, of 23 St James’s Place. From 1993 the paintings have been on indefinite loan at Waddesdon Manor in Buckinghamshire. Bakst portrayed a member of the Rothschild family for each of the characters in The Sleeping Beauty. Jacob Rothschild, the 4th Baron Rothschild, commissioned me to write this book about the genesis of the panels.  [ read more ]

Alice, convinced that Gertrude was a genius, cooked for her, typed her manuscripts and fought to obtain the fame she was convinced Gertrude was due. Alice said Gertrude was the happiest person she had ever known, and was besotted with her for the many years they were together. They were indomitable, charismatic, and wildly eccentric, driving around in ‘Auntie’, their Ford, with Basket, their cherished poodle.

Originally published in 1992, Gertrude and Alice was reissued with a new introduction in 2009.    [ read more ]

Gluck’s torrid personal life shocked her family, though the money she received from them allowed her to live in style. In the 1920s and ’30s Gluck’s portraits, flower paintings and landscapes, set in frames she designed and patented, were coveted by the rich and famous. At the height of her fame she stopped working, caught in a bitter campaign over the quality of artists’ materials. Then, when nearly eighty, she returned to the limelight with a burst of creative energy. This book interweaves the pictures, people and events that made up Gluck’s life.    [ read more ] 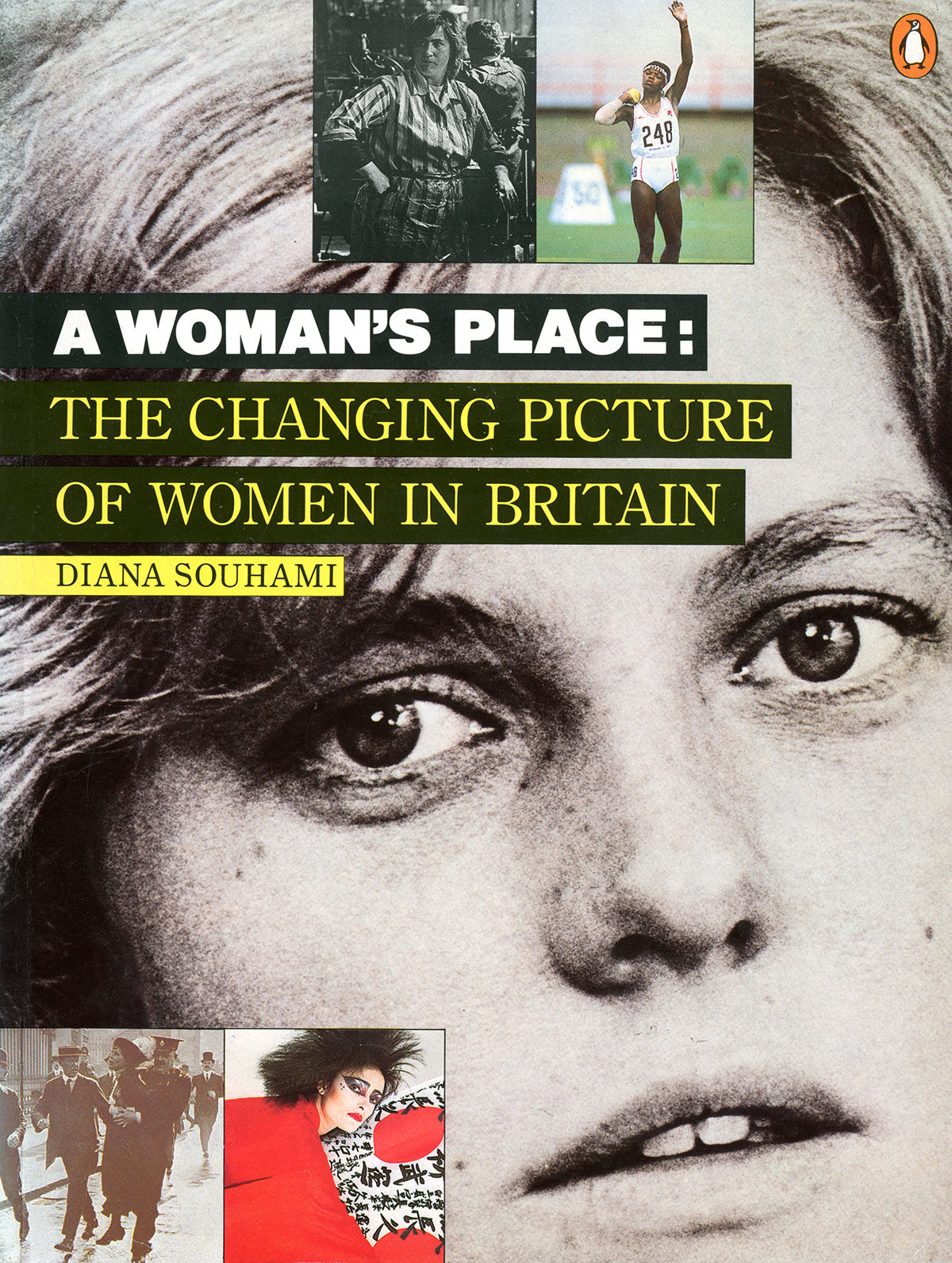 Developed from a British Council exhibition, A Woman’s Place illuminates in words and pictures just what British women have managed to achieve – and what an uphill task is still ahead of them. Chapters look at the struggle for suffrage and other basic rights; the role of women in the two world wars; the jobs and professions now open to women for the first time; the alternative lifestyles that compete with traditional family life; women in education; and the campaigns of women fighting to overcome male dominance.    [ read more ]